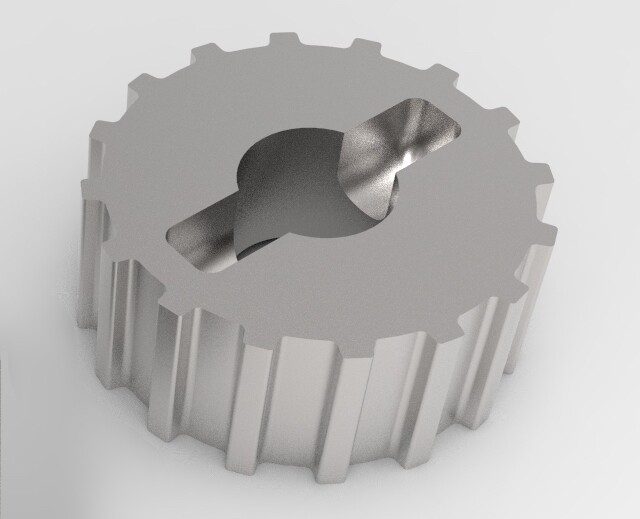 This is the pinion sprocket for the belt drive in the Autohelm 4000 and ST4000 black MK1 wheel pilot. Part #7 in the parts diagram above Autohelm part N014

3D printed in 60% stainless steel and 40% bronze to never corrode or break. This part is 100% compatible with the original and dramatically stronger. Price is for a single sprocket.

Also available in the plastic version - dimensionally identical to the metal version and will work in either case. It is printed in industrial strength plastic and has had some of the weaknesses which were inherent in Autohelm's original version removed in this 3D printed version.

Save this product for later
Display prices in: USD